Our founder and my father, Dr. Leopold J. [Lev Judas] Shapiro, was one of the most consequential marketing and development consultants of the later 20th century. 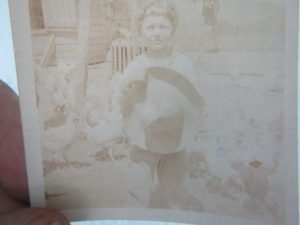 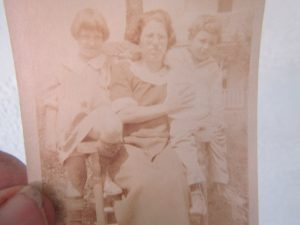 Leo died on November 10, 2015, after a 93 year long battle with polio. Leo had his PhD in sociology from the University of Chicago and was one of the primary inventors of modern survey research. 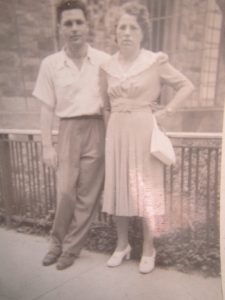 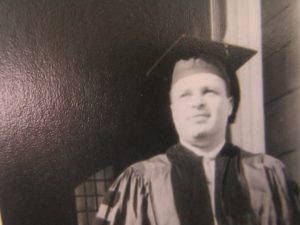 If there is one category that Leo did the most work in, it is food, primarily groceries but also restaurants and manufacturers. Leo also advised many other businesses, governmental, and non-profit organizations. 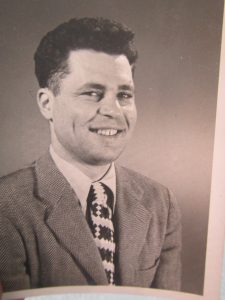 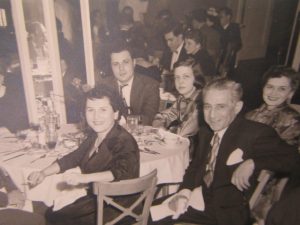 After starting his Chicago-based research company in 1955, Leo’s first client was Jewel Food Stores, and he developed a particular expertise as an advisor to the grocery industry, serving at one time or another H.E.B., Publix, Roundy’s, Piggly Wiggly, Wild Oats, Target, Sam’s Club, and Topco. Leo invented the modern supermarket based on research findings, and advised Jewel that they could excel by incorporating the traditional stand-alone food shops into their product mix, thus the now typical format of packaged goods in the center ringed by a series of store-within-a-stores, including a bakery, a delicatessen, a butcher shop, and so forth. 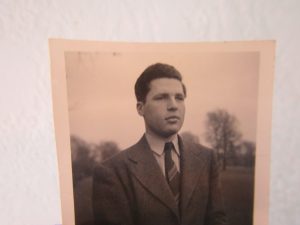 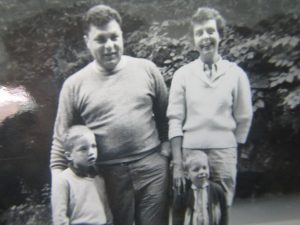 Locating the new components was also informed by research. Research findings informed the placement of the florist in front of the store, because it both encourages flower sales but more so because the sight and smell of flowers leads to increased sales over all. Zinman’s Food Shop follows this now very traditional practice of flowers up front, Which Leo started. 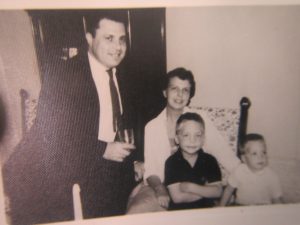 I am being very open about our marketing because I believe in practicing marketing as a game of perfect knowledge, without secrets, like chess. Marketing involves the manipulation of symbols to influence actions in the world. In a sense, marketing is the same as magic – especially comparing branding and magical invocation. Gershem Sholom – the historian of Kabbalah – outlines three major goals of magic – protecting, hurting, and helping – and classifies magic as good or bad in terms of these goals and whether they are for oneself or someone else:

So commercial marketing is clearly bad magic. Not as bad as invoking a demon to destroy one’s enemies, but generally in the same category of sinful behavior. But markets exist where there are people, and provide the most efficient way to distribute resources. Disallow markets and outlaw marketing and they pop up in a less gentle form anyway [Mao tested and proved that in China]. But at its core, absent manipulations, an economic exchange will make the world a better place [at least in term of total social welfare theory]. We have scones and you have dollars, every time we exchange scones with you for dollars, we are happier and so are you. Total happiness is the aggregate of individual happiness. Markets are not bad, but marketing can be. 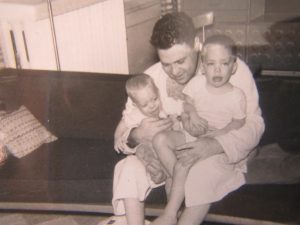 At Zinman’s Food Shop we take responsibility for our necessary marketing manipulations and try to pay back for it in this world by being very transparent in our programs, offering very good value to our customers, treating our employees and suppliers fairly, and being good ad generous members of the community. But don’t expect “random acts of kindness” because in this world full of weeping it is really more necessary to target acts of kindness to where they will be an example of a targeted act of kindness. We also have a program for covert acts of kindness, which I won’t say much about here except that a reason for being a sneaky philanthropist is so as not to shame the person in need, as Rabbi Ossesor said, “The secret giver of alms is greater even than Moses.” Only we aren’t shooting for greatness, just a karma claw-back to offset some sins of marketing. 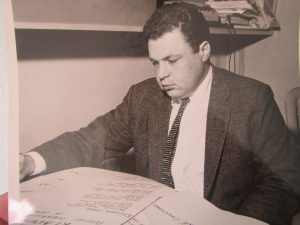 Leo – and his long time writing partner, Dwight Bombach, coined the term, “grazing” and spoke of the grazing society in 1979, refer to the societal shift from formal meals to eating on the go. The then new, now familiar, supermarket with ready to eat food grew to profit from and serve this shift. 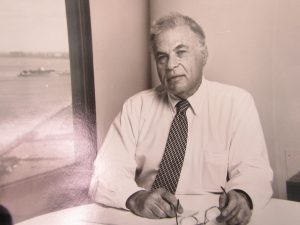 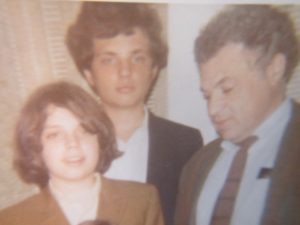 Leo was also, for a short time, an adviser to [please keep reading!] Monsanto, who wanted advice on marketing GMO products. Leo’s research on potential consumer acceptance threw up so many red flags that he advised Monsanto to be entirely transparent, or else suffer from a severe back blow. Monsanto obviously did not follow Leo’s advice. 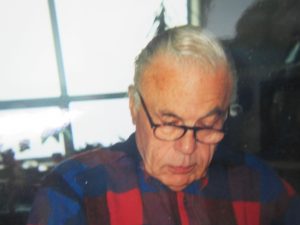 In 2005, Leo funded and founded a food research institute at Kendall College in Chicago. At the time, he was centrally concerned with how consumers could regain the gusto in eating after they had to give up large helpings of fats, salts, and sugar for health. This quest for healthy food with gusto was mostly speculative, and not for a particular paying client. 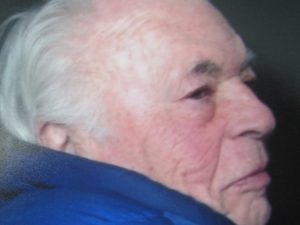 Sometime in August of 2013, Leo was visiting the Santa Cruz Farmer’s Market in Tucson with his wife Ginny, myself, the owner of Zinman’s Food Shop, his daughter-in-law Lisy, and granddaughter Alice and had one of his legendarily lucrative insights, “We should start a business that sells produce only in seasonal” That’s how Zinman’s Food Shop got started. Leo’s wisdom and teachings and advice inform every aspect of our business concept and plan. Many previous research projects got folded into the shop. 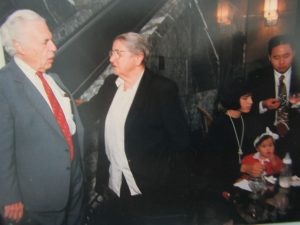 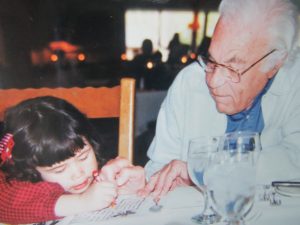 Our “What else you gonna do?” section of our website under “Highway Travelers Ahoy!” is an idea that I borrowed from Leo’s work at the University of Chicago School of Business and the Smithsonian Institute. The business school wanted to increase the number of people who apply there, and Leo told them to become the best place where a young business student should visit to learn about where they should go to school, even if not ultimately the U. of C. Leo told the Smithsonian, which wanted to increase visitorship, that they weren’t just a building full of old stuff, but the place that young and new citizens of the U.S. should go to learn what it means to be a citizen of the U.S. 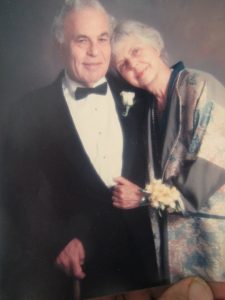 Leo worked with and fostered many big box stores, and coined the term, “category killer” to refer to the big format specialty stores, may of them his clients [Staple’s, Sport Authority, Ulta, PetSmart, Circuit City], which were taking over whole categories. Towards the late 1990s, Leo started to anticipate and feed with research a new counter trend, a small box revolution, where consumers would more and more favor small format specialty stores, easier to shop and get to, than the increasingly big boxes. 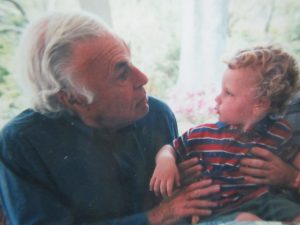 About eight months before he died, while the shop was still under construction, I drove Leo up from Tucson to the Mayo Clinic in Scottsdale and while he was having his appointment, drove out into the neighborhood and ended up in the biggest grocery store I had ever seen, a Fry’s. I asked the manager and he said it was 120,000 square feet. The restroom was a ten minute walk from the entrance! On the drive back to Tucson, I told Leo about this store and we both saw it as a horribly over-grown end-of-trend phenomenon. The future lays more in small format specialty grocers, like Zinman’s Food Shop. 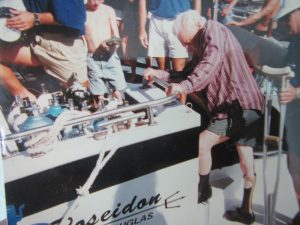 Sometime after this, I saw an article about “fast casual” restaurants, the only growing category of restaurants, service like a fast food place with food quality like a decadent restaurant, and realized that Zinman’s Food Shop’s “factory porch”, C. Hopkins Café [mighty good], stumbled solidly into this category. This was also an answer to Leo’s ten-year old question of healthy food with gusto. When I visited Leo in rehab later that day and told him that I had learned we were fast casual, he really smiled. And when I said that our food went way beyond fast casual leaders like Chipotle by having a menu that might have been written by Michael Pollen and other healthy food advocates, “entirely plant-based, extraordinarily fresh, and…” 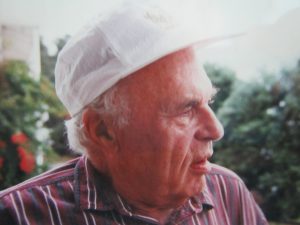 “. . . minimally processed.” He finishedmy sentence.  We ended up on the same page. 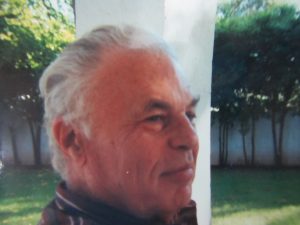 Besides his professional interest in food, Leo loved to eat, so it is a cruel irony that in his last days the muscle deterioration caused by polio made eating impossible and led directly to his death.  Every time someone eats at Zinman’s Food Shop, it is a mitzvah for my dad. 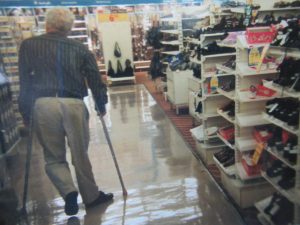 Genesis 49:9: Judah is a lion cub. From the prey he withdrew. He crouched, rested like a lion, and like a lion, who shall rouse him?