Are You a Typical Vegan? 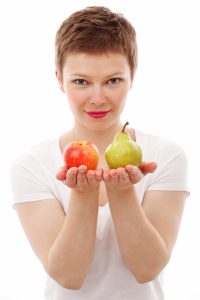 Are you female, in your early 40’s, and politically liberal?  If so, you are more likely than the general population to be vegan. Yep, it turns out that there actually is a typical vegan profile.

According to a study by Faunalytics a couple of years ago, about 2% of the adult U.S. population today considers themselves vegetarian or vegan. Of that 2%, one out of four – or about 1.6 million people – say they follow a vegan lifestyle.

Typical Vegan is a Woman

Woman make up about 3/4 of those vegetarian/vegans. The average age of the vegan/vegetarian population is 42.1 years. The survey finds that 85% of vegans considered themselves politically liberal or neutral.

Concern for health was the primary reason study respondents gave for choosing a vegan diet. Many typical vegan study participants also mentioned concern for animals and concern for the environment.

Eating meat-free isn’t a new thing, of course. While vegan eating goes back much further, the first vegan cookbook came out in 1849.

England likely led the way with the publication of The “Kitchen Philosophy for Vegetarians”.  A reviewer cited the cookbook for including recipes in which butter and eggs were specifically excluded.

Vegans started getting together to share ideas and boost their cause a long time back too.

The first organization appeared in the United Kingdom back in the 1940’s with the formation of the Vegan Society. By 1994,  World Vegan Month showed up.  That event still is recognized each November.

Of course, at Zinman’s Food Shop and Vegan Bistro in Tucson we celebrate eating vegan every day. So whether you are vegan, vegetarian, trying to eat less meat, or just looking for delicious healthy food, come on down and see what’s cooking. We look forward to seeing you soon!